In the wake of Cyclone Debbie, the demand for battery power from Queensland residents has increased by 230% according to figures released today by Natural Solar, leading Australian installer of battery power and solar panels. This comes after one Australian family were able to weather the 30 hour blackout during Cyclone Debbie as a result of their Tesla Powerwall home battery storage solution coupled with an 5kWp solar system. 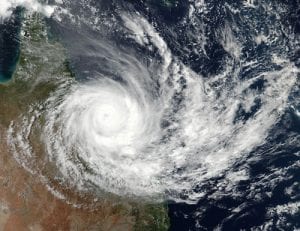 The Bauche family, located in the Sunshine Coast, were able to power their home as a result of power generated via their solar panels and stored in their Tesla Powerwall. While their neighbours were plunged into darkness, Roger Bauche was able to use the power stored within his home battery to continue supply electricity to their refrigerators, lights, television and internet, living life somewhat uninterrupted in the eye of a national disaster.

“In situations like this, the benefits of battery power are far more than energy efficiency, cleaner power and savings on electricity bills, though they all do still apply. For the Bauche family, it allowed them to live a somewhat normal life with basic comforts including lights and refrigeration during a natural disaster sweeping the state,” said Chris Williams, CEO & Founder of Natural Solar.

“At Natural Solar, we can see there has been a statewide increase in demand for battery and backup power as a direct result of Cyclone Debbie and the blackout regions. When homes are hit hard and an entire state plunged into darkness for an extended period of time, it encourages consumers to take a step back and consider their need to achieve independence from the grid and move to battery and solar powered homes,” said Mr Williams.

In the case of Roger Bauche, this one battery powered homeowner was able to not only keep his lights on during the blackout period; he still had power stored in his Tesla Powerwall when power was restored to his area.

“In the case of our home, it was surprising to see what battery power was able to do in the midst of a blackout,” said Roger Bauche. “Because we were able to use refrigeration, no food was lost. Our neighbours even asked us whether we had our television on and couldn’t believe we were able to actually watch TV when everybody else was living in the dark. As a result of having battery power, we could have gone on indefinitely, as long as we had sufficient sunshine during the day to generate solar power and charge our Tesla Powerwall.” 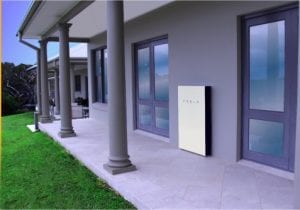 “At Natural Solar, we saw a similar surge in demand for battery and backup power following the string of blackouts occurring in South Australia, mirroring the influx of enquiries in Queensland. The areas hit hardest by Cyclone Debbie, and homeowners who were left without power for days on end, are those who are seriously considering the need for fully integrated solar and battery power solutions in their home,” says Mr Williams.

“With grid instability a rising issue nationally with the volume of storms and weather events occurring in the past 12 months, there is no surprise that Australian consumers are demanding consistency and stability when it comes to their basic need to power their home. At Natural Solar, our team of fully qualified engineers are on hand at Natural Solar to support Queensland residents who are ready to seek further advice for home storage solutions including the Tesla Powerwall,” concluded Mr Williams.

Protect your home from blackouts! Get a Tesla Powerwall 2 with Backup Power!

Get a Tesla Powerwall 2 quote in under 60 seconds!