Here are just some of the solar projects that we’ve completed for our customers, broken down by section so you can view projects similar to what you’re after, thinking about, researching or even if you just want to browse some of our work.

If you have any questions about any of these case studies, want to enquire about pricing or request a quote, please don’t hesitate to get in touch!

Clint Luna’s Tesla Powerwall Installation in his garage, where he parks his Tesla Model S!

Natural Solar installed a Tesla Powerwall and Solar System for Clint Luna back in April. As a happy owner of 6.5kWp of Solar Panels, a SolarEdge Inverter and a Tesla Powerwall, his system on average is more than halving his energy purchased from the grid in the Winter months. In the Summer months, the system is expected to reduce his energy purchased from the grid by about three quarters.

Watch a video with Clint Luna talking about the Tesla Powerwall Solution installed by Natural Solar back in May below! 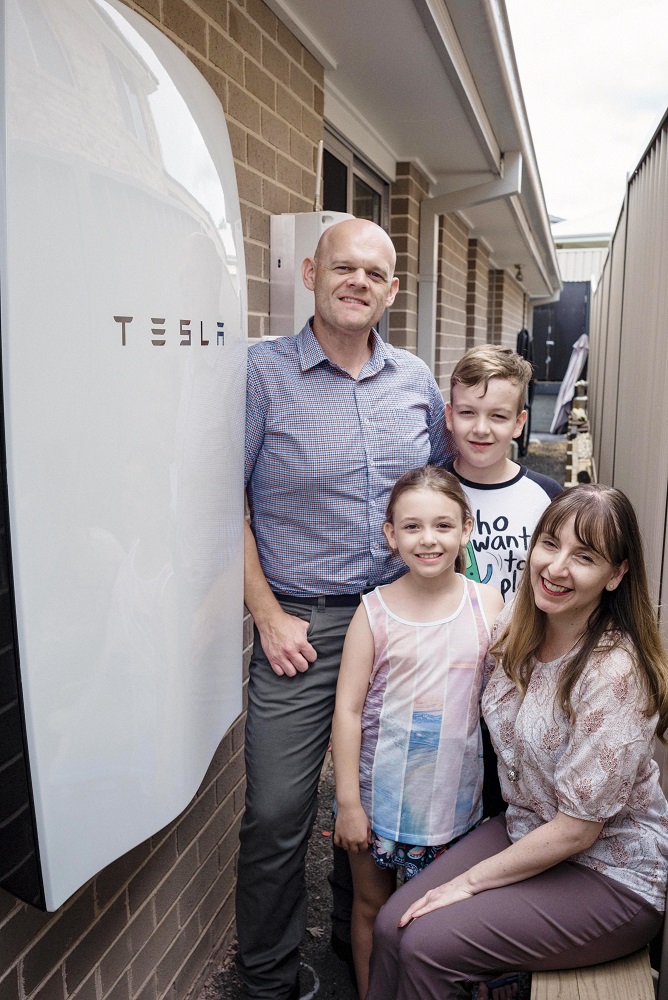 The Pfitzner Family, happy and proud owners of a Tesla Powerwall and Solar System installed by Natural Solar.

The Pfitzner family wanted to get a Tesla Powerwall for a few reasons.

First, Nick had done the maths and determined that based on his homes energy requirements, that during the day a solar system was an absolute no brainer, as his wife is at home during the day. This meant that the pool pump, washing machine, drier, dishwasher and other electronics, on top of the usual constant loads of a refrigerator, freezer and lights were being used during the day. Nick opted for one of the larger systems, a 6.5kW system consisting of 26 250w Phono solar panels, a SolarEdge Inverter (single phase power supply inverter which is compatible with the Tesla Powerwall) and of course the Tesla Powerwall itself.

Why they went with a Tesla Powerwall system.

Where Nick has calculated the savings is in a chunk of the day time usage (approximately 50% of his energy usage) but a major part in the decision was that his night time usage, being on time of use metering (where electricity is more expensive at night time compared to during the day), the addition to the system of a Tesla Powerwall to cover the night time usage and days where the panels were not covering the energy needs required by the home during the day was also a fantastic decision as he’s managed to shave off a majority of his night time usage too.

We will be adding more case studies, monitoring data and such over the coming weeks so check back for more!