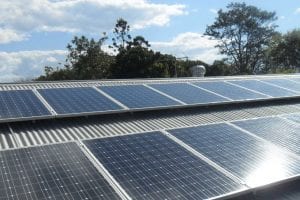 10,000 households now have access to up to $5000 in Victorian solar battery rebate subsidies

This scheme being rolled out by the Victorian Labor Government, adding to it’s various rebates and packages for household solar systems, is contingent upon the Labor Governments re-election to state parliament. This scheme follows the Labor Government’s $1.2 billion project to fund half the cost 4kW household rooftop solar systems, which is expected to help 650,000 other Victorian homes.
The solar battery storage is expected to be use in virtual power plants, allowing neighbouring solar battery systems to share power.
“This is a game changer for Victorian families fed up with big corporations that have been price gouging and ripping consumers off ever since Jeff Kennett and the Liberals privatised our electricity,”, says Daniel Andrews, Victorian Premier.
This announcement has been made only days after a similar scheme has been announced by the South Australian Liberal Government – issuing up to $6000 to 40,000 homes.
Homeowners eligible for this battery storage scheme have existing solar panels and yearly household incomes of less than $180,000, and is expecting to save households on average $650 per year. 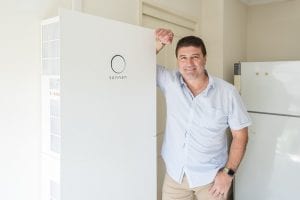 From October, 10,000 families will be able to install the innovative sonnenFlat energy storage solution in their homes thanks to the new Victorian solar battery rebate scheme