The car will be road tested at Toyota City in Japan. Solar charging technology for the vehicle will then be further optimized before the vehicle goes on sale. 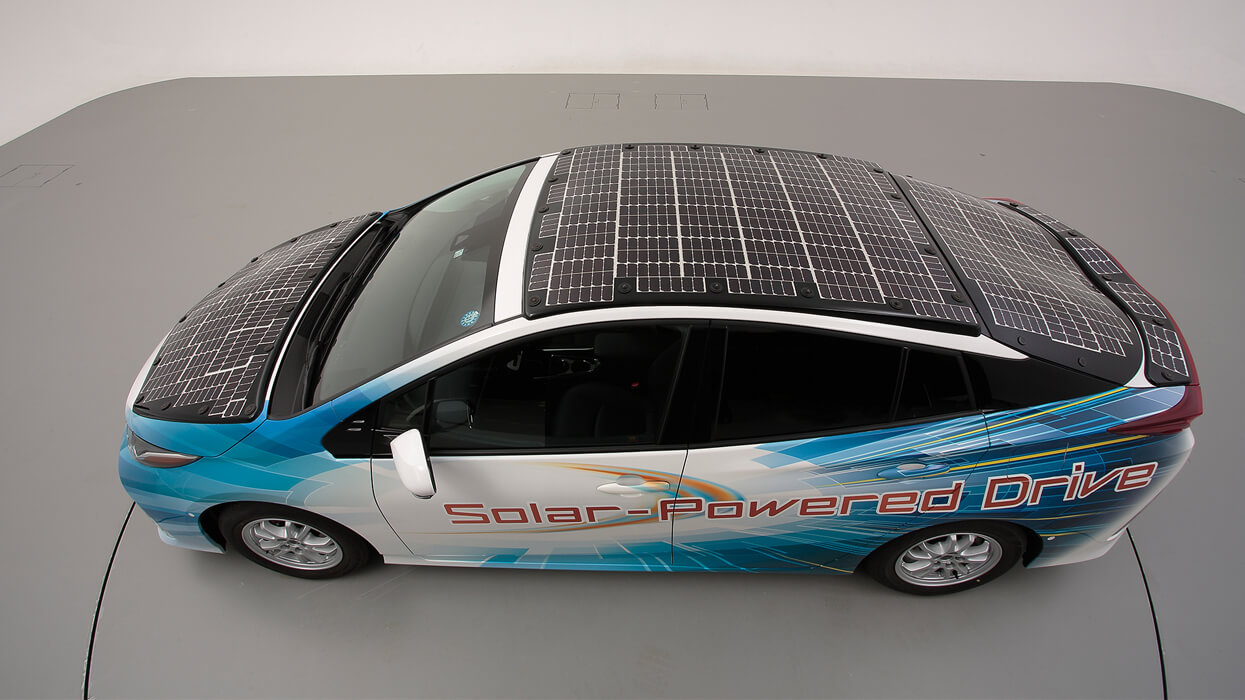 Toyota has had a solar version of its Prius model since 2017, when a version was revealed which featured a small 180 W solar roof panel supplied by Kyocera. The model was only available in Japan and lacked the oomph to charge the vehicle’s battery for a range of more than 6km.

Now though, Toyota has returned to the concept and begun road testing a new generation of solar improved Prius’. This time Toyota collaborated with Sharp and the New Energy and Industrial Technology Development Organization (NEDO) for a different cell tech that purports to offer a massive 34% conversion efficiency. The cell was developed in 2016 by Toyota’s two partners. Combining indium gallium phosphide (InGaP), gallium arsenide (GaAs) and indium gallium arsenide (InGaAs) the result is a triple-junction cell.

The solar Prius of two years ago had only a small part of its roof covered with solar cells, the new version blankets the entire roof, bonnet and boot lid with high efficiency cells, resulting in a considerably higher generation output. The result can charge the vehicle battery while driving rather than just while stationary.

Toyota will test the new demo car in Toyota City in Japan’s Aichi prefecture and other areas. The carmaker wants real-world data on generation output and battery charging levels to develop the onboard solar charging system further.

“Toyota plans to share a selection of trial data results with NEDO and Sharp,” said a company statement. “The PV-powered vehicle strategy committee and other entities will evaluate the benefits from improvement in the reduction of CO2 emissions and the improvement in convenience, including the number of times a vehicle requires charging. The goal is to further contribute to the creation of a new solar battery panel market, including the transport sector, and find solutions for energy and environmental issues.”

The announcement comes after Netherlands startup Lightyear announced its take on a solar powered car – the Lightyear One. While that EV boasts a 450-mile driving range its solar surface provides only 40-50 miles, outlasting the new Prius demonstration model. The Lightyear One will begin commercial production in 2021 with reservations available for 500 units. For those interested, the manufacturer’s suggested starting retail price is a casual $136,000. There are no price disclosures for the Prius as yet.