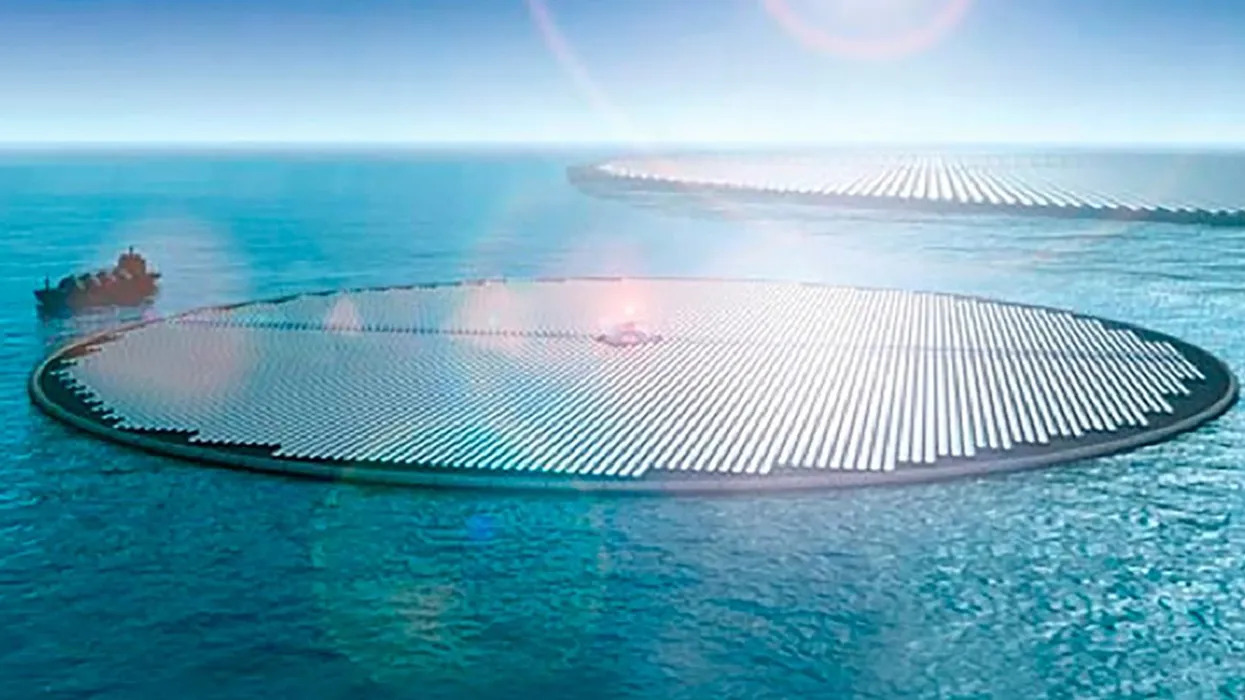 “A massive reduction in CO2 emissions from fossil fuel burning is required to limit the extent of global warming. However, carbon-based liquid fuels will in the foreseeable future continue to be important energy storage media. We propose a combination of largely existing technologies to use solar energy to recycle atmospheric CO2 into a liquid fuel,” the study authors wrote in PNAS.

The paper suggests floating islands are similar to floating fishing farms. The researchers envision clusters that would consist of approximately 70 circular solar panels, or islands, covering an area of roughly a half of a square mile. The solar panels would produce electricity, which would split water molecules and isolate hydrogen. The hydrogen would then react with the carbon dioxide pulled from the seawater to produce usable methanol, according to NBC News.

The study authors argue that this method will address the hurdles of making renewable energy competitive with fossil fuels on a large scale, as Newsweek reported.

Andreas Borgshulte, a co-author on the paper, said the idea for the solar islands came to the researchers when they were asked by the Norwegian government to push fish farms out to open sea. Those grids needed their own energy. “Energy ‘producing’ islands had been proposed some time ago,” he said to Newsweek. “What remained was to include energy storage.” Borgshulte and his team are currently developing floating island prototypes. They estimate that output from 3.2 million floating islands would exceed the total global emissions from fossil fuels.

A single floating solar farm could produce more than 15,000 tons of methanol a year — enough to fuel a Boeing 737 airliner on more than 300 round-trip flights between New York City and Phoenix, according to NBC News reported. “We’d mostly want to use the fuel in airplanes, long-haul trucks, ships and non-electrified railroad systems,” said Bruce Patterson, a physicist at the University of Zurich and one of the study’s co-authors, as NBC News reported.

Solar floating farms do not address individual actions, which Patterson argues are also necessary to combat the climate crisis. “This is just one of the many things we should be doing to control climate change, along with having better insulation in our homes, having higher efficiency in car engines and driving electric vehicles,” he said to NBC News.